Meet the people who keep everything running smoothly! 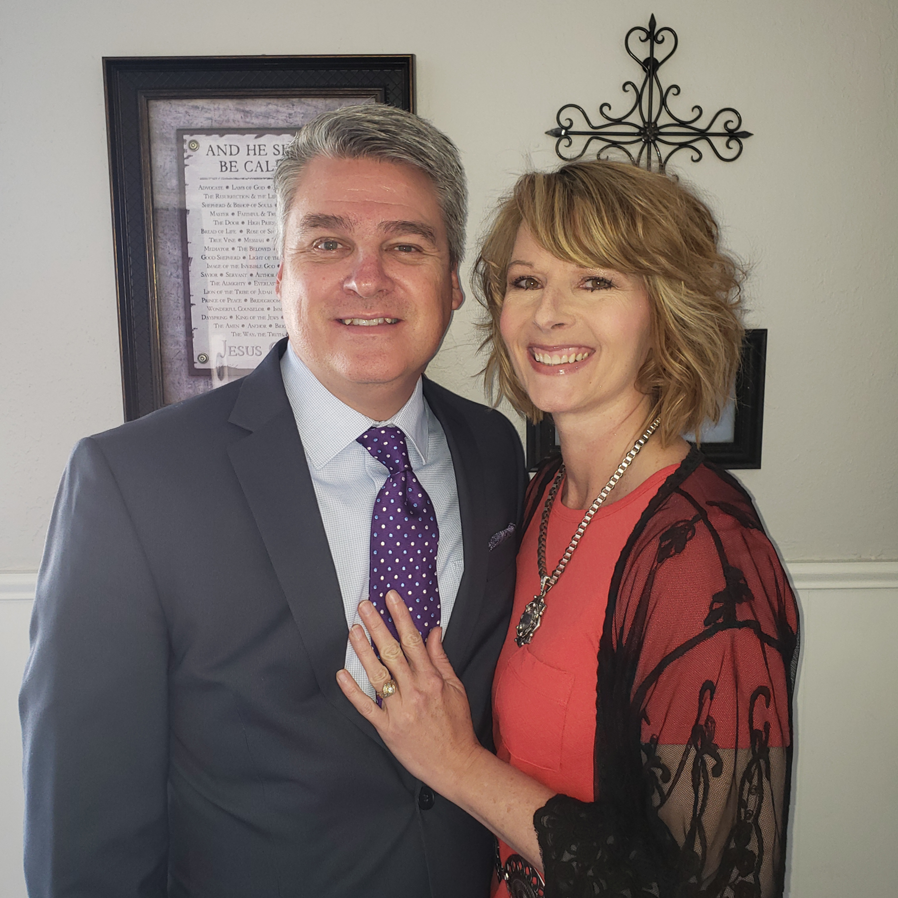 Senior Pastor Daniel Stovall, his wife Kim, and their daughter Abby arrived at Broadway in February 2019.

"When I was barely six years old, I felt the tug on my heart to trust Jesus as my Savior. After talking to my dad about what was going on in my heart, I knelt down beside my bed and asked Him to forgive me of my sins, come into my heart, and save me. Growing up in a Christian home and having grandparents who also greatly impacted my life for Christ, church, the Bible, and the things of God were just a way of life.

"When I was 12 and attending my first youth camp, I felt the call of God on my life to preach. I am sorry to say that I did not heed the call at that time. Honestly, I was afraid that God 'might get in the way' of the great plans I had for my life at the time. Little did I know, it would lead me down a path of regret, leading me to stray away from my relationship with Jesus.

"For the next nine years, I did what I wanted to do, which led me to be able to relate with the Prodigal Son story personally. Thankfully, God--in His amazing grace--kept me from doing great harm to myself and in the fall of 1989, I rededicated my life to the Lord. The very next Tuesday, I had lunch with (my now wife) Kim and we talked a solid hour of all the great things God was going in our lives. Two weeks later, we were engaged; and five months later we married in April of 1990. But before I would ask her to marry me, I told here that if God ever was to reissue His call on my life to preach, I would NOT say no a second time. She said she wanted whatever God wanted for US!

"In October of 1991, with a successful radio show in Abilene going strong, the radio station suddenly decided they were going in another direction. They first all on-air staff (me included). After getting over the shock, I began to know that God was making it evident that He was calling me to preach. So, in November of 1991, I answered the call to serve the Lord full time.

"We began in youth ministry in Abilene in the fall of 1992 and have been serving the Lord full time since. We continued in youth ministry for six years both in Abilene and at Berean Baptist Church in Mesquite, TX before the Lord called us to pastor our first church, Eighth Street Baptist in Claremore, OK. After four years, the Lord moved us to Mountainside Baptist Church in Sandy, Utah, where we served for two years. Then, we were able to move close to home (I'm from Breckenridge, Kim's from Abilene) as Concho Baptist Church in Coleman, TX called us to be their pastor in the fall of 2003. We were privileged to serve there over 15 years before the Lord's call for us to come here to Broadway in 2019.

"We love our family, and being together with them whenever possible. We have three children: Bethany, her husband Matthew, and our grandson Kaid live in Coleman; Andrew, his wife Hannah, and our granddaughter Harper live in Boston; and Abby, who is in high school at Roscoe.

"One of my favorite verses is Proverbs 3:5-6. I quote it often because we have seen that when we 'trust in the Lord with all our hears, God is truly faithful to direct our paths'. We love serving Him with all that we are, in all that we've been through, and with the hope of all He will do."

Phillip Litton joined the Broadway Baptist Church family in May 2017. At the age of seven, he made a profession of faith. Phillip was called to preach when he was 25 years old at a mission conference, and he went on to obtain at Bachelor's degree in Missions from Baptist Bible College in Springfield, Missouri. For the past nine years, he has been in full time ministry. Phillip and his wife Holly have three children and four grandchildren. He enjoys spending time with his family, traveling and the outdoors, and Mexican and Chinese food. Phillip loves serving the Lord and sharing the good news of Christ at home or abroad. 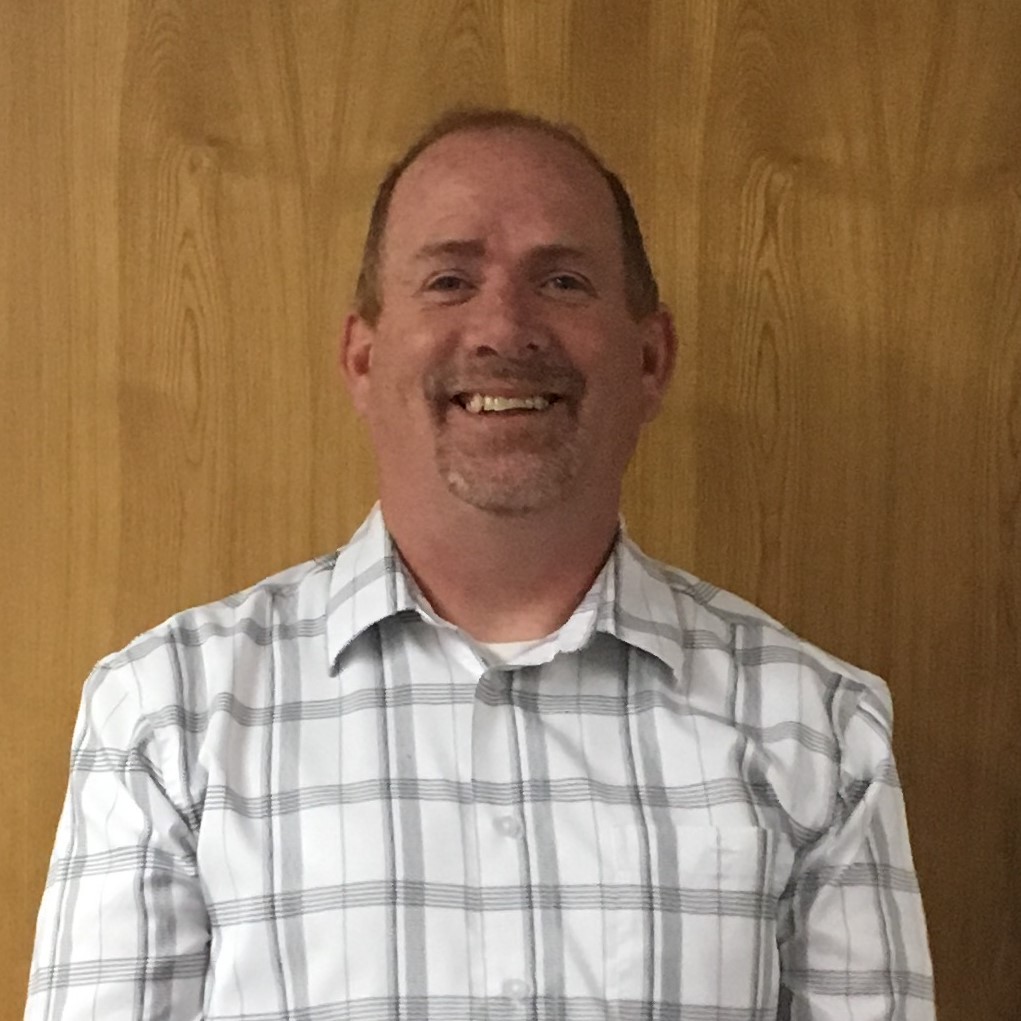 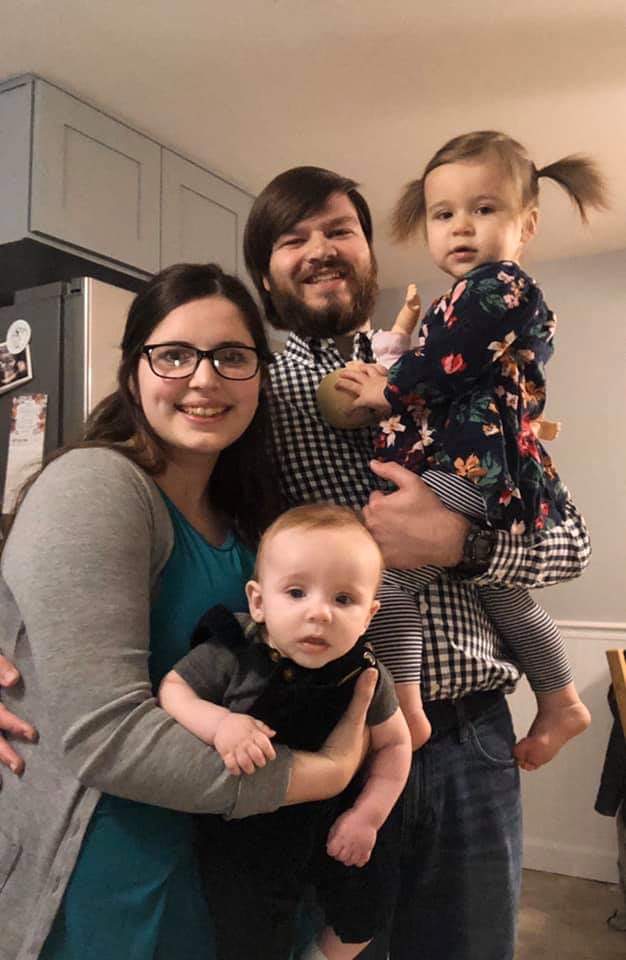 Andrew and Hannah Stovall have been a part of the Broadway Baptist family since July of 2020.  Andrew was saved at the age of 5 and called to ministry at 15.  Andrew attended Boston Baptist College and graduated with a Bachelor's in Biblical Studies. Andrew and Hannah worked full time in their church in Boston for 2 years before coming to Sweetwater.  Andrew is a video gamer, enjoys sports, and  likes fixing food with his family.  His favorite foods are cheeseburgers and Kit Kats.  Andrew and Hannah have two beautiful children : Harper age 2 and Carson  8 months.  We are so thankful for a great couple to lead our youth!

Holly Litton arrived at Broadway in May 2017 with her husband and Broadway’s associate pastor, Phillip Litton. In September 2019, she began serving as office manager, overseeing the church’s internal operations. Holly recognized her need for a Savior at the age of 13 while attending church in Snyder, Texas. Four years later, she surrendered to the ministry at Silver State Youth Camp. Holly is a graduate of Baptist Bible College in Springfield, MO with a bachelor’s degree in Intercultural Studies. She enjoys singing, DIY crafting, and repurposing items for new uses. The Littons have three children and four grandchildren. 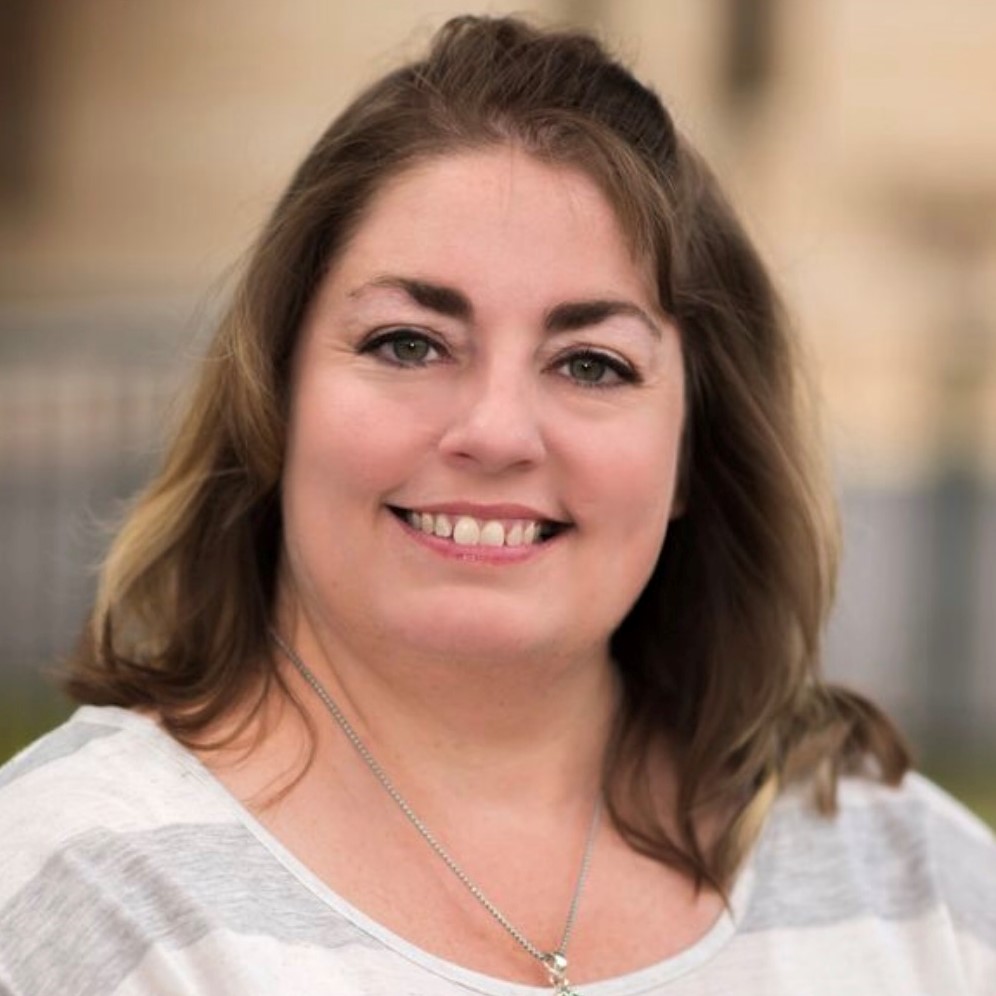 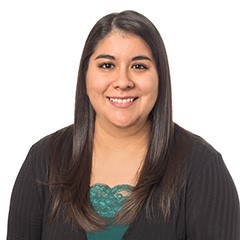 Cynthia Threlfall began attending Broadway Baptist Church as a child and made a profession of faith as a second grader. She earned an Associate's degree from the Sweetwater campus of Texas State Technical College-West Texas. In 2016, Cynthia took on the role of financial secretary. In addition to this ministry, she also serves in our audio/visual room each week. Cynthia married her husband Nathan in April 2018. She enjoys watching movies and her favorite food is pizza. 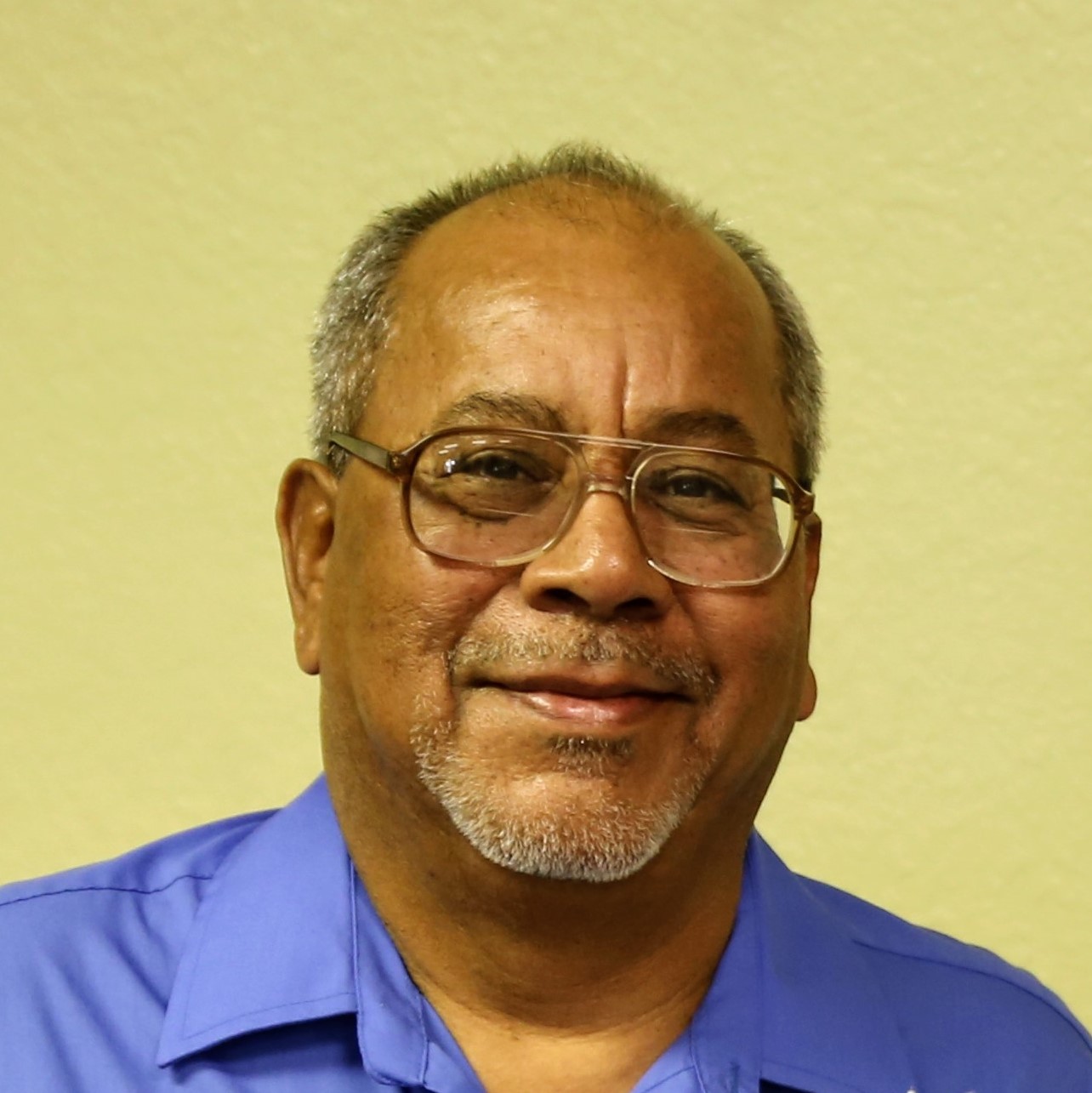 Eugene Serrano and the Missions Committee make sure that our church not only sends support to our missionaries, but takes care of other needs as well.  He ensures that we are praying for and staying in touch with each missionary we support.  He and his entire family have a great love for missions.